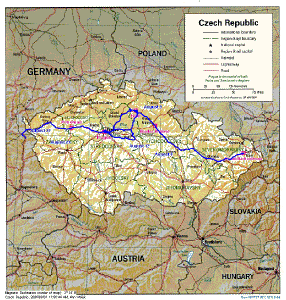 It was time to rest for a few days. The campsite was beside a lovely lake used for fishing. We intended to leave on Sunday but it was raining so hard we stayed an extra day. Tuesday was almost as bad but you cannot stay inside a van forever.

We went halfway across Czech and the weather cleared in the afternoon. The country side is not as flat as in Poland. There are many small towns with some maintained houses, unfortunately many have plaster falling off the walls. The roads are lined with apple trees.

The Czech Paradise is in Bohemia so we headed there to see the scenery. Unfortunately it is in a national reserve and the only way to see it is to hike, not something we do. The general area is scenic though, lots of green forested hills and fertile valleys. We managed to buy (cooking) gas at Jicin, a small town near the National Reserve. Lots of hot water at last and we can cook to our hearts content. A drive through the countryside took us to Prague.

Prague is magnificent. The city of Kafka, Keplar, Tycho Brahe and many other well known scientists, musicians and authors. There is the old town square, the castle, museums, concerts and restaurants everywhere. The atmosphere is lively, busy and exciting. None of this detracts from Krakow or St Petersburg though. We ate out, went to concerts and walked. We found a nice quiet dead end street by the river near the Charles lV Bridge, the pedestrian bridge, and parked for 3 nights. No-one bothered us.

There were tours available in old cars mainly, Scoda's, lovely old models, pedal cabs, or do-it-yourself 2 wheeler transport, musicians everywhere, beggars also, kneeling down with their head on the ground. 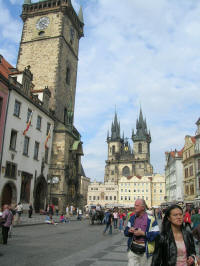 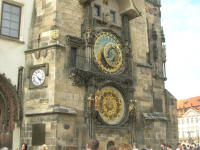 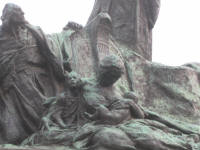 The Jan Hus Monument on the square has detail facing every side. Jan Hus was burned at the stake in 1415 for invocations against the indulgences of the Roman Catholic Church, a hundred years before Martin Luther started the Protestant Revolution.

The Charles lV footbridge was built in 1342. It is lined with musicians, portrait artists and souvenir stalls. There are also many baroque statues. One particular statue is rubbed by many tourists. We joined in making a wish. I assume it is a statue of St. Jan Nepomuk who was thrown off the bridge by King Wenceslas lV for not telling him the contents of his queen's confessions. Every time I sing the christmas carol about Good King Wenceslas I will think of Prague.

The concerts we went to were held in churches. Rather uncomfortable seating but superb acoustics. One was an organ and violin concert with classical music in St Climent. The other was classical music for Violin, Viola and Violin Cello in St Nicholas.

There was a photo exhibition called Earth Watch. The photos were taken by Joseph Beuys from the air and covered all ranges of topics from camels in the desert to a heart shape of bare land in a mangrove swamp to Cape seals to flood damage to tornado damage to tsunami damage to wind farms. It was very interesting and the photography was superb. 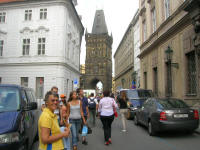 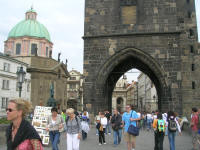 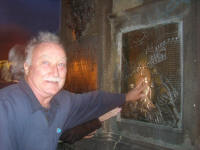 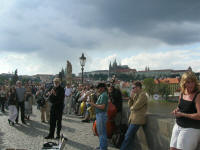 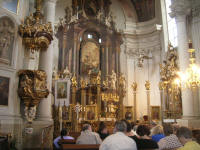 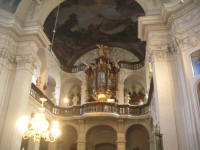 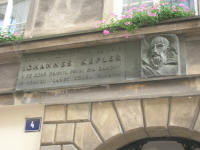 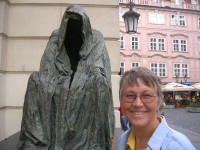 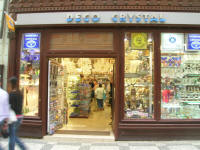 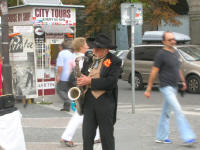 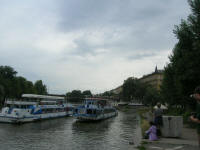 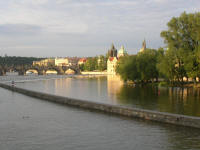 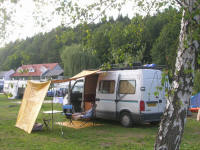 Once again it was time to rest. There is so much to see in the cities we have been through that we have become overloaded and decided to spend a week quietly someplace to rest our senses. Jicin is near the Czech Paradise and we had liked the town when we passed through it previously. We had also seen 3 campsites on a lake that all looked very nice. We chose Eden. Most of the campers are Czechs with their small tents and little else. It is Hollanders and Belgians who come with campervans or caravans and the extensive equipment that goes with such a lifestyle. The Czechs managed quite well though with an open fire and sausages cooked on sticks. The fires are all made straight on the ground, in other countries this would just not be allowed. Some had a gas cooker and a pot or two. Most sit on the ground, a few have chairs, fewer still tables. Then again they only stay a day or two before moving on. On the few sunny

days we had and many of the colder days, the children all headed into the lake swimming and playing. They also had sand, specially imported, to play in. A delight to watch.

Time to leave, we went to Prague to catch up on the washing at the Laundry King.

Then on to Karlovy Vary, known for its hot springs, for a massage. Unfortunately we parked in the wrong place and our wheel was clamped. Pieter enjoyed the bargaining with the police sergeant to reduce the fine, he really likes the interaction. I found it plain unpleasant. We were in Germany by night fall, after paying only half the originally quoted fine.