Importing and exporting a vehicle

So much for going into summer. The first week was like returning to a typical Jo'burg winter. Of course all the winter clothes were in the Land Rover. I survived with the help of borrowed clothes. 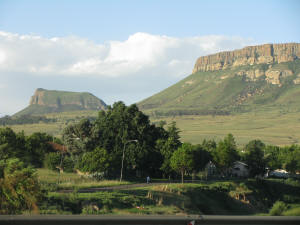 Pieter arrived on Tuesday morning. He had to stay behind to finish withdrawing cash (up to the daily limit) to pay for the shipment. Sunday 29 November we drove down to Durban in our hire car to pick up the Land Rover. We had been in touch with the agents already. The !!!! did not think to mention that the ship had been delayed 10 days in Singapore even though he knew we were driving down! What a waste of time and money. Naturally we drove back on Monday! We were also told that because we had no proof of export we would have to go through the lengthy process of importing a SOUTH AFRICAN car!!!!!!! We were pissed off to say the least. When we left we drove through a land border. What can be used as proof of export? No-one could tell us. It would take at least 6 weeks to clear the car after arrival.

Finally the ship was to arrive on Monday 14 December and the container would be at the warehouse late Monday afternoon. Down we drove on Monday arriving after hours. Tuesday morning we went to the warehouse expecting to unload the van from the container and take important items back with us (such as warm clothes). No ways. The Land Rover and van were already out of the container and the car had in fact been broken into! Nothing was stolen but we were irate. After explaining our total displeasure with the service so far we began to unload those items we wanted to take back. The warehouse manager came by and asked why we had to 'import' a South African car. We explained we had no proof of export. He then asked why we didn't have a carnet. Excuse me? How can that be proof of export? The car has been away 5 years and when we left no carnet was stamped by SA customs? It is though! He immediately went with us to the office to start the process. This time it was a matter of the clearing agent taking the carnet and registration papers to customs and obtaining an appointment for inspection. Wednesday was a public holiday and customs were short staffed because of Christmas. In South Africa the main holiday season is from 16th December to 3 January. The inspection took place on Friday and by mid Friday afternoon we were finally on our way back to Johannesburg, a 600k drive on a wonderful toll road. We will never use F.A.T.S. again!

We used Elliotts International to export the car to South America. And of course we had a carnet which was duly stamped by customs. I will take a photo of the stamped section as proof of export when we return. The carnet will be long out of date by then. 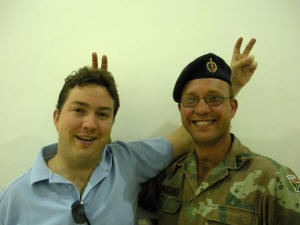 In the meantime David, our younger son, drove us down to see Pieter Frank, our older son, in Bloemfontein before he deployed again to the DRC. It was fantastic to see him and have the family together even though only for a few hours.

And we started on sorting things out for South America. We intend to sell the Land Rover. In its place we bought a Toyota Condor and seriously downgraded. We intend to make more use of hotels when the weather is bad. A Toyota is a much better proposition in terms of repair. We fitted it out with sliding drawers containing boxes, an Engel fridge, 60 litre water container, tent etc etc. It will be great to have a decent fridge again. The ones that run on both gas and electricity never really get cold enough. The Engel runs on 12 and 240 volt and can get so cold it can be used as a freezer.

When Pieter was working it was always a new job = a new car. Now it seems that a new continent = a new car! 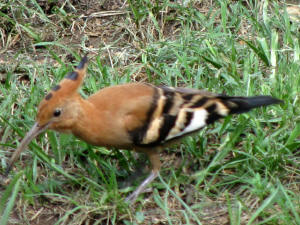 Our first trial run was almost a disaster. We started out hoping the rain would clear, arrived at Karee Kloof (about 40k away) and turned straight around. Next day we tried again. This time the sun shone through the clouds. We set up the tent easily and enjoyed the camping. Next day around mid-day I glanced at the sky and decided we had better get packing. We only intended to stay one night anyway. Unfortunately we didn't make it before the rain came down. Trying to fold a tent for the first time in the rain can be exasperating. 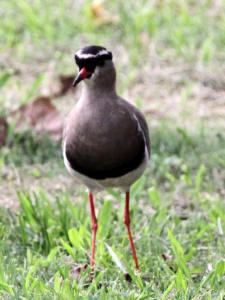 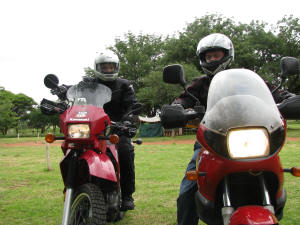 The weekend away with the Behrmans at Warmbaths (Bela Bela) went very well. This time the we had good weather and we had already packed the tent twice. Once in the rain and once in the flat after drying it out. The company was superb and we spent the time reminiscing about our previous camping trips through southern Africa and of course our children.

Apart from that we read and made full use of David's internet connection, met up with old friends and Pieter bought a semi-professional camera as he wants to make clear crisp photos.

I have not included any costing because we had free accommodation, gorged ourselves on the foods we had been missing, went out to restaurants, catered for 3 people at home, hired a car, bought and outfitted a Toyota Condor, sold the Land Rover, replaced many items including my luggage, purchased a new expensive camera and generally overspent.

We used an agent F.A.T.S. The person assigned to us was not very competent so we will not use them again.

Having gone through this process easily in Singapore we were not prepared for the difficulties in SA.

The agent should keep you informed as to when the ship will arrive. It can be delayed due to weather and being held up in large ports such as Singapore.

You will have a set of papers from the exporting agent in the previous country. Take these and a carnet (even if it is a South African car) to the agent before the ship arrives, preferably a week to allow for procedures to be followed. They will perform all the necessary procedures including hiring a clearing agent if they are not one themselves. At some stage during this time you will be expected to pay the agent's fees.

The container will be brought to the agent's warehouse, opened, unloaded and returned to the port on the same day. If you are not there, tough. Just hope nothing is stolen. The agent will not know for certain when the container will be at the warehouse because it takes up to 2 days to unload the ship and the timing will depend on where the container is on the ship.

Once the container is unloaded the agent will make an appointment with a customs inspector to come and inspect the car. Customs are not very organised so do not expect the Inspector at the stated time. Hurry up and wait. After this you will be able to leave.

We went through Elliott International. A very pleasing experience after the debacle of importation.

They sent a quote via e-mail. Once we accepted we took the carnet and registration papers to the Johannesburg Head Office to be couriered to Durban.

3 days before the ship was due to sail we drove to Durban and loaded the container. Customs inspected the vehicle before loading.

The papers had to stay with customs for another day so we returned to Johannesburg. The papers plus the Bill of Lading(s) were couriered to us later.

We were kept informed of the progress of the ship until it arrived in Buenos Aires (10 days late). Impressive service.

Costs: ZAR 31,155.07  USD 4,192.32    for a standard 20ft container.  If you take in the reduced cost for shipping a standard container, this is more expensive than shipping from Malaysia. The distance is similar if, of course, you do not take into account the detour via the Canary Islands.

Comment: I am not impressed with the competence of the SA customs officials and their lengthy procedures.

I am not impressed with the expense of importation and exportation. I suggest you try going directly to the shipping company as we did in Argentina. You may have to engage a clearing agent such as Elliotts though. They would take the hassle out of Customs.